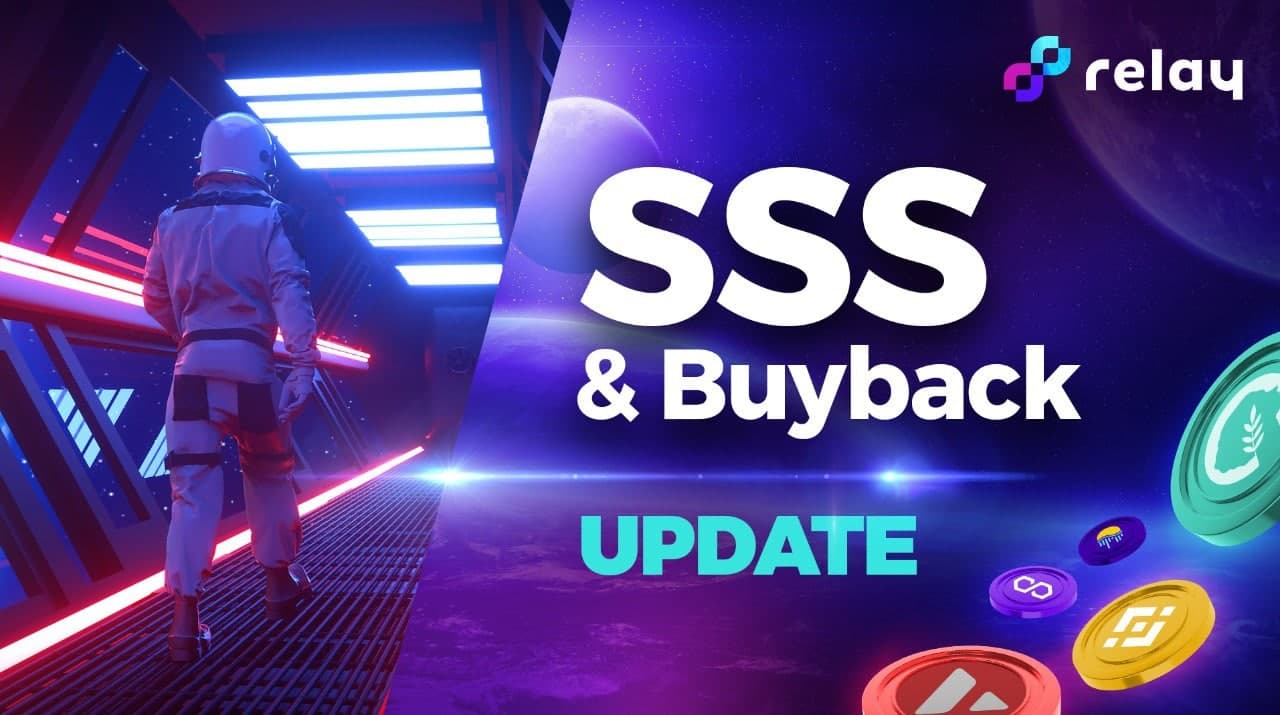 It’s time for an update on some of the core tokenomics implementations of RelayChain. We’ll discuss a new strategy for SSS implementation and token buyback appropriations. As we have launched RelayChain, a majority of bridge fees have been used to fund SSS, and to a lesser extent, buybacks and burns. As we move forward, there will be more of a balanced approach to how the bridge revenues are utilized. We understand that there have been frustrations about gaps between pools ending and new ones beginning. We’re working on processes to automate this and make the experience more seamless. We’ve hired a new lead of analytics who is developing an automated dashboard to make the user experience more seamless. RelayChain remains the only bridge that shares a majority of its revenue with its token holders.

Single sided staking has been incredibly popular with our token holders. The program will be continued with a slightly different implementation. Rather than having 4 pools running at any given time, we will be enabling 2 pools at any given time. One pool will be a “static pool” on one of our high volume chains. The other will be a “floating pool” that will rotate every two weeks between our other popular chains. This will serve two types of holders; the ones that want to “set it and forget it” and the others that want to bridge and gain exposure to different types of assets. The first few rounds “floating pools” will be decided by the team based on accumulated assets. The next rounds will go to a simple community vote. At some point in Q2 or Q3 our goal is to enable an actual DAO voting mechanism with vaulted RELAY. Our vision to not only enable DAO voting through vaulted RELAY, but to use vaulted RELAY itself as the token used for SSS. The longer a user commits to holding RELAY, the greater the rewards will be. The vaulting periods will likely range between 1 week and 1 year. There will be more details on this as it comes closer to implementation.

The maximum fully diluted supply of RELAY began as 10 million. Due to a series of buyback and burns, the maximum possible supply stands at about 8.8 million, although it will never reach this level. While some buyback and burns have occurred with RelayChain, the majority of funds have been used for SSS. Regular buyback and burns will resume. These transactions will be shared as they occur. However, not all buybacks will be burned. It is equally important that our token has deep liquidity for RELAY token trading. Some of the buybacks will be used to seed more liquidity on our major chains. As mentioned with SSS, we envision the appropriation of these funds going to a DAO vote with vaulted RELAY. The strategies mentioned will not only help to create buy pressure on RELAY, but also help to foster price stability.

All of the SSS and buyback strategies mentioned above are dependent on bridge transaction volume and accumulated revenue. As you may have seen on the recent roadmap, there are many catalysts in the near future that will undoubtedly increase bridge traffic. There are also some bridge token listings and partnerships we are excited about which have not been publicly communicated yet. More bridge traffic equals more SSS and more buybacks. The future is bright for RELAY and we are just getting started!