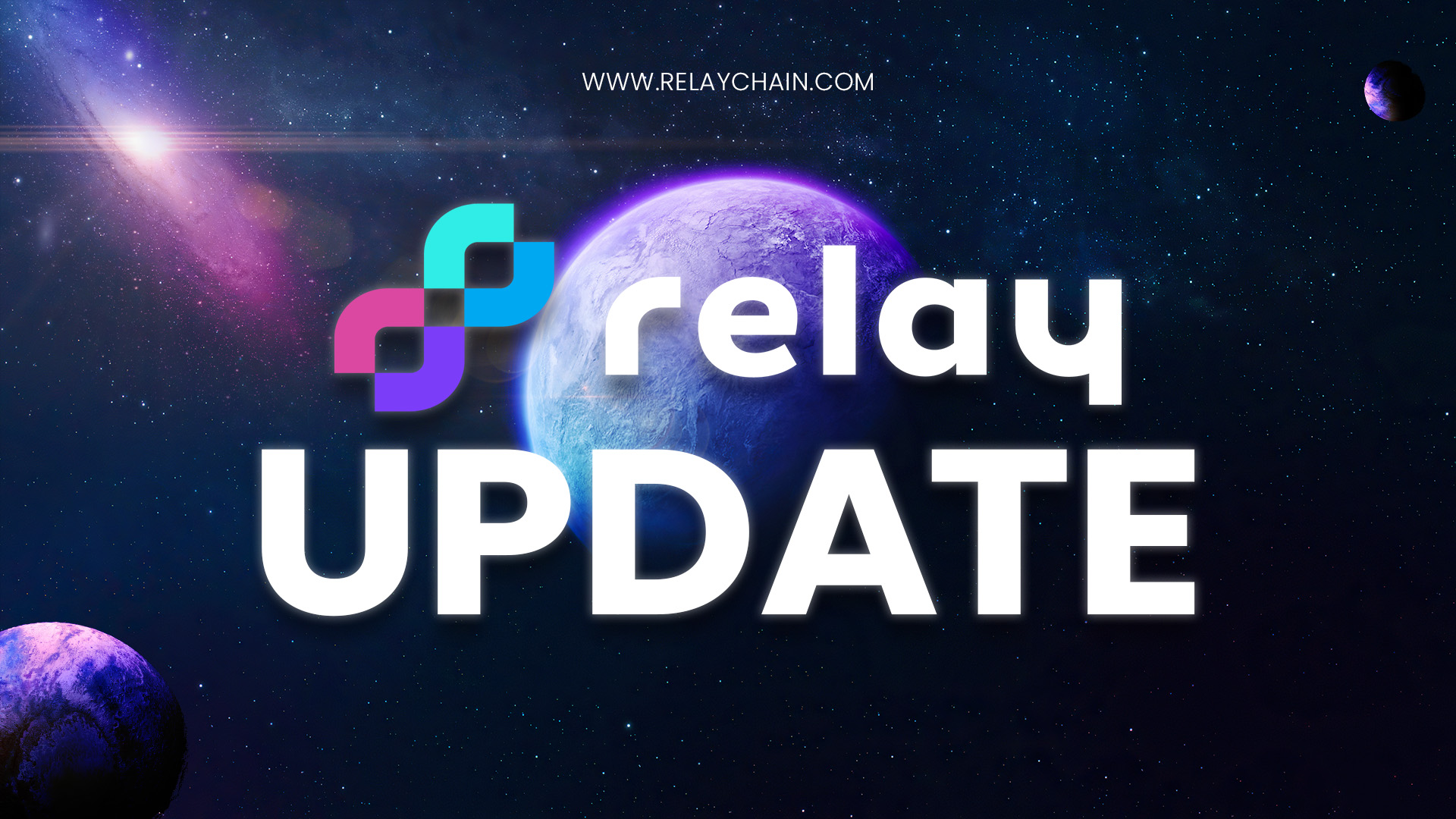 It’s time for an update on the many exciting developments on RelayChain. The market is tough for everyone involved in crypto right now. The total market cap has gone from nearly 3T down to almost 1T. From large caps to micro caps, nearly every project has been impacted. It’s times such as this, that long term sustainable projects will separate themselves from the ones that ultimately won’t survive. The RelayChain team accepts that challenge and we’re motivated to emerge from this bearish phase as a vital cog in the machine that is DeFi. Rest assured that our bridge development has not, and will not halt. We have enough runway to continue our operations in spite of the market trend. Let’s dive in and discuss what has been happening behind the scenes!

Development is well under way and we’re excited about what is being constructed under the hood. We’ve recently onboarded some incredibly talented new developers. The new devs come to us from Canada based, dApp Technology Inc. We know that we are behind on our original v2 timeline, but it will all be worth it once the new product rolls out. Initially we had planned to deliver each new feature individually, before realizing that it made more sense to launch most of it at once. Rather than bolting on an array of new parts to the existing bridge to create some kind of “Frankenbridge,” we decided it was best to develop the v2 bridge from scratch as a singular cohesive product. This decision has delayed the progress, but we concluded it was the best decision for long term success. This is also why you are not seeing the progress on our legacy GitHub. The new repo will be made public once we launch and have conducted security testing. We estimate that the bridge will be fully functional and ready for battle testing by June 10th. After this date, we’re predicting another 2 weeks for rigorous security checks, and any bug fixes. We look forward to sharing some demo videos before full launch. Below are some of the features that you can anticipate on the Bridge v2:

Once all of these v2 features are released, we will be exploring some exciting additional features that may include, privacy bridging and a monthly lottery.

As you may have already realized, the bridge utilization has slowed with the market downturn. This means that fewer fees are being collected at the moment. At the current rates, it is not possible to sustain both SSS and Buybacks. We see this as a temporary issue as bridge volume should dramatically increase with the release of v2 as well as multiple partner initiatives. The addition of incentivized liquidity bridging of stable coins will be a major driver of future bridge volume. We’ve certainly learned that to be successful in the bridging business, you need to have stablecoin liquidity. For now, we will continue to use bridge revenue to conduct buybacks and to fuel our bridge relayers.

We’re currently in discussions to add at least 2 new blockchains. We are in the negotiation phase and will not initiate deployments for these chains/assets until these are finalized. We won’t divulge which chains until closer to launch, but we can say that one of them involves L2<>L2 bridging.

Battled of the Blockchains

A full update on the status of the community run BOTB will be released in the next few days. While the launch didn’t go as we had hoped, the BOTB team continues to grind and work toward completing their vision. They are currently developing a PvP fighting game and will relaunch the project with a fun and working product that goes well beyond a cool looking PFP. Many long hours and late nights were poured into creating the art for BOTB and they remain committed to not let any of that effort go to waste. The team would like to thank all of those who initially minted a BOTB NFT. These loyal community members will be rewarded with “OG” status and have been refunded 100% of the AVAX they used to mint. It was the right thing to do.

Putting it all together

We know that none of this effort matters if no one knows about RELAY. We understand that we need new eyes on the project for both the bridge utility and token utility to increase. If we are going to expose new users to our bridge, we want to put the best face forward when they see it for the first time. We want them to have the best experience and become regular users. We want them to see how great the bridge is, and not only use it, but to become liquidity providers and veRELAY accumulators! With those thoughts in mind, we feel it makes the most sense to ramp up marketing as we launch v2. We will explore any method that will produce a true return on investment. We are here, we are expanding our efforts, and we are excited for the future of Relay!

RelayChain enables fast, secure and low cost cross-chain token transfers between the worlds leading blockchains. The platform offers Bridging as a Service (BaaS) to partner networks and dApps wishing to expand their footprint beyond a single chain. RelayChain currently supports bridges between any combination of Metis, Moonbeam, Cronos, Harmony, MultiVAC, Moonriver, Metis, IoTeX, Ethereum, Polygon, Binance Smart Chain, Fantom, Avalanche, Shiden and HECO. Multiple popular networks will be added in the near future. A unique feature of RelayChain is that once a token exists on our platform, it can be bridged to any other EVM in our list of networks. This can be done in one step without need to return to the parent chain first. This represents a major feature of speed and convenience for all of the users. The RELAY token holds high utility as it will be used to reward stakers with a share of the native gas tokens collected from bridging fees. It’s a deflationary token; the more transactions that occur, the more RELAY is bought back and burned. RelayChain can quickly enable any project’s tokens to be bridged to multiple networks for a low one time fee.